THE RE-EMERGENCE OF CBD: A BRIEF HISTORY 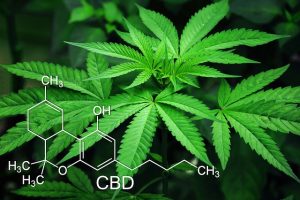 In the spring of 1998, the British government licensed a company called Pharmaceuticals to grow cannabis and develop a precise and consistent extract for use in clinical trials. GW’s co-founder Geoffrey Guy, MD, was convinced—and had convinced the Home Office—that by using CBD-rich plants, GW could produce a cannabis-based medicine with little or no psychoactive effect.

That summer Guy described his approach at a meeting of the International Cannabinoid Research Society (ICRS). In addition to countering the psychoactivity of THC, Guy said, CBD conferred benefits of its own. GW got its CBD-rich strains by acquiring the genetic library of HortaPharm, a Dutch seed company run by American expatriate horticulturists, David Watson and Robert Clarke.

CBD-rich cannabis has a long history of being used to treat health problems. Queen Victoria used CBD-rich cannabis for menstrual cramps in the 19th century. Animal studies had long suggested that CBD lessens anxiety and reduces the severity and frequency of seizures. But, up until a few years ago, strains were generally not available to cannabis users in California and other areas. Generations of breeding marijuana for maximum THC and a strong “high” had reduced the CBD to trace amounts in most cannabis strains in Northern California, America’s cannabis breadbasket.

Dr. Tod Mikuriya, founder of the Society of Cannabis Clinicians, expressed hope that “our Burbanks in the hills” of Northern California would develop CBD-rich strains if and when analytic labs began serving the medical cannabis industry.

As the years went by, more and more promising scientific studies involving CBD were described at meetings of the ICRS, the International Association for Cannabinoid Medicine, and Patients Out of Time. Some California doctors kept abreast of the research and O’Shaughnessy’s reported on it, but we were merely observers, not participants, until the fall of 2009, when Oakland’s Steep Hill Laboratory tested cannabis samples provided by Harborside Health Center and found a few strains with more CBD than THC.

Before long, several dozen labs in medical marijuana states were calibrating cannabinoid ratios and identifying the occasional CBD-rich strain. For data collection purposes, we initially defined “CBD-rich” as 4% or more by dry weight. In addition to balanced strains with roughly equal amounts of CBD and THC, a handful of CBD-dominant strains—with 20-to-1 CBD:THC ratios or higher were discovered, fostering a cottage industry of CBD-rich concentrates, oil extracts, and other CBD-rich products.